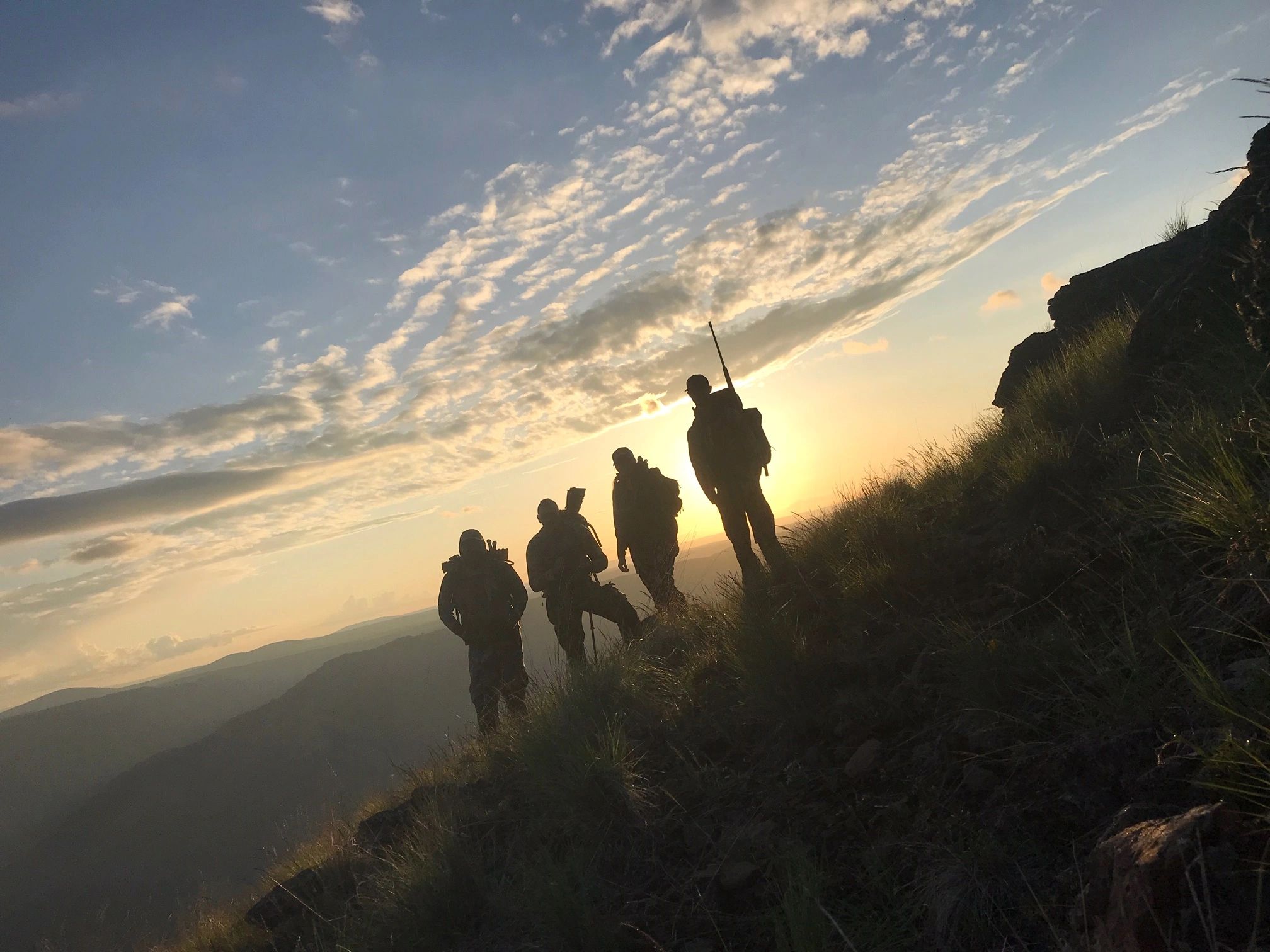 More than a hat

03/21/2020 -- We will be reaching out to the ticket purchasers in the next couple weeks to discuss refunds.

Does Oregon have a poaching problem?

“More deer are taken by poachers each year than by legal hunters.” That is a phrase I’ve seen quoted online frequently, but is it true?

The question was in the back of my mind when I recently went on a ride along with Trooper Tayler Jerome of the Oregon State Police on a Wildlife Enforcement Decoy operation. This is when Fish and Wildlife Troopers utilize fake deer, sometimes referred to as “scruffy,” in an effort to catch people attempting to illegally kill deer.

I could hear the first vehicle coming down the road and my heart started pounding. As the vehicle’s lights exposed the deer on the side of the road the truck quickly stopped.

The reality of the situation set in, I was less than 10 feet from the passenger window of the vehicle. There could have been someone with a firearm in the truck willing to commit a crime while I witnessed it. I would have been lying if I said I wasn’t nervous. The people in the vehicle looked at the fake deer through the window for a few moments and then drove away. This scenario repeated itself about a dozen times, but fortunately or unfortunately, depending on how you look at it, no one shot at scruffy.

The night created more questions than answers and I chatted with Trooper Jerome to discuss the topic further.

Question: Based on your experience, does Oregon have a "poaching problem?"'

Trooper Jerome: I don’t think I can answer that. What I can say is, there is definitely plenty of it going on. Could Oregon justify employing more game wardens? Absolutely.

Q: How many poaching cases have you presented to the District Attorney in 2018?

Trooper Jerome: During the 2018 hunting season troopers working the greater Yamhill and Washington county areas have seized 27 firearms used in illegal activity; 16 of those individuals shot a Wildlife Enforcement Decoy at night. Troopers seized 13 unlawfully taken big game animals, six deer, five bull elk, one cougar, one bear, and four geese. The exact number remains to be seen as these cases shake out in the courts, but approximately 55 individuals face 3 or 5 years hunting license suspensions.

Q: When you catch someone shooting the decoy, are these average people who made one bad decision or are they career poachers?

Trooper Jerome: I’ve worked four fall hunting seasons as a Fish and Wildlife Trooper and have personally been a part of approximately 25 Wildlife Enforcement Decoy operations in which a violator shot the decoy. I would estimate that about 3 out of 4 of these violators fall into the category of normal people who given an opportunity, made a poor choice. Every so often there are extenuating circumstances that lead us to believe the incident wasn’t a first-time offense.

Q: Do people calling in tips to OSP help?

Trooper Jerome: Yes. I cannot stress this enough. Earlier I stated OSP seized 13 illegally taken big game animals within the area I work; 12 or 13 were the direct result of tips from the public. OSP could not successfully do our job without the help of the legal and ethical hunters who make up the majority of our community. To reach OSP on your cellphone all you need to dial is *OSP (*677).

Trooper Jerome: I would say it is definitely helping. It is a bigger incentive than the cash reward for many folks. From my experience, people call in because it’s the right thing to do, not for the reward. In years past, hunters didn’t really care if I submitted the cash reward for them.

Now, people definitely inquire about the points. Last year I submitted seven Turn in Poachers cash rewards. This year I am already at 11. My experience so far matches what I have heard from other Troopers that about 3/4 of folks choose the preference points over the cash reward. I would add that ODFW has been very quick at contacting those who are eligible for a preference point reward. The new system seems to be working out pretty well.

Q: Is there anything else you would like the public to know?

Trooper Jerome: We are blessed to live in a state with ample public land and hunting and fishing opportunities. Our wildlife belongs to all the citizens of Oregon. When someone takes wildlife illegally, it is theft from everyone who pays to enjoy these great resources ethically and legally. I commend those who do it right and have the moral courage to hold violators accountable.

New modernized licensing system on the way for 2019

If something happens during the implementation, you have some proof.........

Parents enjoy the successes of their young shooters.

Another advanced shooter aims and calls pull. And he got it!

Imagine 25 young people, over half of whom were first time shoots, anxiously awaiting their turn on the trap shooting line. That was the scene August 19th as the Yamhill Chapter of Oregon Hunters hosted their Fourth Annual Youth Shotgun Shoot in conjunction with the Newberg Rod and Gun Club in Dundee.

Following initial safety instruction, shooters progressed to the range for further level instruction before the sound of blasts and encouragement were heard from the firing line. Reactions varied, depending on novice or advanced levels of abilities, but all were enthusiastic about the event. As parents watched and range officials supervised, young shooters came away with a tremendous experience. And they are definitely looking forward to the 5th annual event next year.

The Yamhill Chapter of Oregon Hunters Association wishes to thank the range masters and volunteers of the Newberg Rod and Gun Club for their support and participation in our Fourth Annual Youth Shotgun Shoot.

For the 10 youth that successfully drew waterfowl hunt permits at Baskett Slough National Wildlife Refuge in Dallas, Oregon, they knew how lucky they were. There are not that many hunting opportunities in the Willamette Valley and it was the first ever youth waterfowl hunt at this Refuge. The wetlands were flooded up at just the right time: post weed management and just in time to provide for early fall migrants. Striving to create the best quality hunt possible, partners like Oregon Duck Hunters Association, Oregon Hunters Association, Ducks Unlimited, Oregon Waterfowl Festival and the Friends of the Willamette Valley National Wildlife Refuge Complex made this possible. These organizations contributed decoys, blind construction materials, and hours of volunteer time to create the five hunt blinds and to provide mentorship for some of the youth hunters. It all paid off. Some of the success stories include thirteen-year-old Grace who got her first duck, and Aaron who harvested one mallard and three Cackling geese from the blind he chose at Cackler Marsh. Nick harvested a mallard with his father and their dog, Sailor. For two hunters this hunt was their first ever! While not every hunter was successful, comments back to us indicated that there were lots of shooting opportunities and everyone really valued the hunt. One parent said, “We feel like you really rolled out the red carpet for us, it was a great experience.”